Specialized 100% digital nautical press. Editor of magazines on boating and the sea, with a targeted audience and quality, to offer a privileged visibility on the Internet.

For readers of nautical magazines, François-Xavier Ricardou is not a stranger. After starting in 1994 as a journalist at Moteur Boat Magazine and then to Voile Magazine For 15 years, he was in charge of the equipment section of the magazine Sails & Sailboats . Enough to build up a nice nautical baggage. He joined the team attracted by the extraordinary opportunities on how to process information offered by the web. His taste for images and video will be able to express himself fully.

Chloe Torterat ...has taken to boating through his reports. But the sea, she has had it in her since she was a child, when she used to walk on the beaches of the Finistère point. Since then, she hasn't let go of her taste for salt and she didn't hesitate when she was asked to put her bag on board the Bateaux.com adventure. Curious, cheerful and tenacious, she leads with a steady hand her interviews and reports to offer a qualitative content to the readers. Whether it's putting on an oilskin to test a motorboat, setting off her photo case for a skipper's portrait or taking to the road to question a shipyard, Chloé is there to answer. With her touch of femininity endowed with a great innocence so useful for a journalist, she tackles yachting news from all angles to better transmit it.

Briag Merlet is engineer training. He specializes in naval architecture with its own firm and has already been working in various shipyard design offices such as Vismara Marine . But if Briag knows design boats he also enjoys sailing. After many hours of sailing with his family, courses at the Glénans and student regattas, he also has two deckchairs to his credit. And even though he has put his bag ashore, he has retained a way out to the open sea by becoming the owner of a small, affordable and transportable boat. He has also collaborated with several newspapers such as Voile Magazine , Le Marin ...

Charly Fernbach is not a stranger in the boating world . He started sailing dinghy (at 4 years old, he was sailing with his parents on a Laser!). Very quickly he will look for speed, sailing in a sport catamaran then during long runs in a sand yacht on the Normandy beaches. After commercial studies, part of which at iNB he realizes that only the sea can bring him serenity. His professional career will therefore always be on the yacht to give him the opportunity to go on the water: sailing instructor, skipper for charter, courier, educator... Alongside racing yachts in the Structures shipyard where he markets the Pogo he too wanted to experience the pleasure of ocean racing. After a career rather devoted to cruising on monohulls and multihulls, here he is at the bar of a Mini 6.5 Pogo 3 with which he will run for 3 seasons and fine-tune his technique to win the Mini Fastnet 2016 and get the 4th place in the Mini Transat in 2015 . One more string to his sailor's bow.

Passionate about sailing, Emmanuel Van Deth has always been interested in everything that sails and more particularly in the evolution of naval architecture and the ranges of shipyards, large or small. Since his childhood, when he first sailed in an Optimist (he still has one!), he has never stopped cruising as well as in regatta .
A journalist specialising in nautical sports for over 20 years, he has also launched the used sailing guides in 2000. More than 25,000 copies were distributed, these books were reissued in 2003 and 2010.
More recently, he published the 50 yachts that have changed the history of sailing and collaborated on the Sailing Companion for beginners.

The sea, Karine Filhoulaud practiced it more on a personal than a professional level. From the age of 3 months to 20 years old, she sailed on the family sailboat every holiday. First in Sea foam then in Dufour afterwards. During her cruises, first on the Atlantic coast, from Charente-Maritime to Brittany, then in the Mediterranean, from Grande-Motte to Corsica, she discovered the joys of cruising. Her crédo?? The "cool" yachting. Today, she shares her taste for sailing through life experiences. She likes to tell the stories of the sea through reports focused on the human and tourism. Portraits, visits, discoveries, experiences and testimonials are the themes she has chosen to help you discover the sea in a different way. Karine is the author of Family getaways .

As a child, Christophe Vassas was immersed in the small nautical world by his father, a pleasure boat mechanic in the port of La Grande-Motte. At the age of 7, he discovers the Optimist and develops a real passion for light sailing, which he will practice throughout his youth. Following technical studies - he loves mechanics - he joins his father in Greece who works in the engine maintenance of a charter company's sailing boats. This will be the beginning of a long career in the field of marine engines and propulsion: product manager, technical salesman, sales manager..
Thanks to the expertise he acquired in terms of engines and boats, he then took over the commercial management of Volvo Penta . When the two engine manufacturers divorced (Volvo Penta distributes Suzuki marine engines in France), he subsequently took over as Director France of the Suzuki Marine group.

At first, Katell Quidelleur didn't like sailing. Her parents, both from Brittany, forced her to go to sailing school. Even though she shouted that she was cold and scared, she had to follow a complete course: Optimist, 320, 420, sport catamaran, and sailing instructor. At the age of 14, Katell was invited to sail on a houseboat. In one day between Brest and Camaret everything changes for her. What was the reason at that time? She still doesn't know.

But the love at first sight of this first day of sailing on a pleasure boat has never wavered. From the age of 17, she sailed from Iceland to Cape Horn on various sailing boats. She has also sailed around the world with her family on board a 13 m ULDB. Since 2019, she is also the author of a blog the tutos of the cruise devoted to learning how to cruise on a sailboat.

After 20 years of marketing Sails & Sailboats , Ludivine Rocca is now leaving paper to invest in the Internet with magazines in Bateaux.com , BoatIndustry.fr and Peche.com . His long experience in the field gives him a very good vision of the market. His know-how, advice and wide range of skills, both for local authorities and for nautical professionals, will enable him to build effective communication strategies.

Fan of water sports and board sports, Xavier Brossollet sailed the tropics for a long time. Trained as a salesman, he joined the BoatIndustry team to finally combine his professional experience with his passion for all things sailing and the world of the sea.

Presentation of advertising offers and MediaKit


Redactor
Journalist
Also to be read on BoatsNews.com

60 years ago on Boats: Journalists write what they think 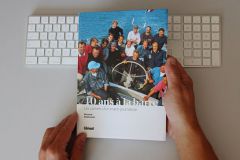 40 years at the helm, memories of a nautical journalist 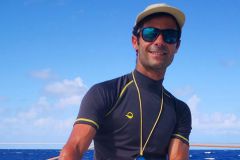 Charly Fernbach joins Bateaux.com, a career guided by a passion for being on the water 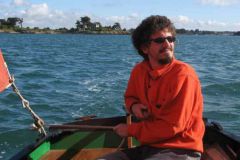 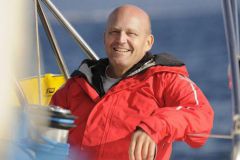 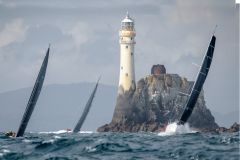