Olbia, from refit to serial production

The refit is in the genes of the Olbia shipyard. From its creation in 1988 to its installation in Gujan-Mestras (33) to optimize the work, dozens of hulls have been (re)installed in this site. 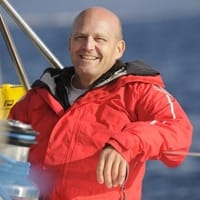 If Olbia has been in existence since 1988, it was in 2014 that this company, known for its interior design projects, took a turn by moving to the shores of the Arcachon basin. Located in adjoining premises of the Couach shipyard, Olbia now offers 3 types of activities:

We are here in the custom division. Olbia shows here all his know-how that he has built up since the company's creation. Carry out improvements, take over existing equipment, change an electrical network, carry out an electronic installation..

Olbia's team of 7 people has all the skills: wood, composite, electricity, electronics, plumbing, upholstery... The sharing of the premises with Couach also makes it possible to rely on this yard for special requests (very large boat for example) to add a new rope to its bow.

Thus, the yard currently has in its workshop a 45-foot aluminium monohull which is entirely custom-made, both inside and on deck, but also the upholstery of a production catamaran which has just been completed. Should follow a Allure 44 and a Sainte-Marthe 39 for a refurbishment of the fittings and rigging.

As a separate entity in the Olbia yard, the upholstery is based on the Sunbrella fabric brand, of which it is a "Partner". That is to say, it benefits from technical assistance, advice and the arrangement of materials to make the hoods, awnings and cushions inside and outside.

Sunbrella is the reference in the field of boat fabric. It is a brand of the giant Dickson that sets the standard in the field. Being able to dialogue and experiment with his support is a great asset for Olbia upholstery.

The production of long cruising sailboats

Whereas until then the Olbia shipyard had been working in the shadows by fitting out boats, but without marketing them, this year 2017 it decided to launch its own range. It will be an evolution of Petit Monde (a 9 m Strongall boat) redesigned by its architect Jean-Pierre Brouns and called Nouveau Monde. The first model will be presented to the Grand Pavois (September 2017). The hull is still made of Strongall thick aluminium by Meta while the deck is made of polyester (to reduce manufacturing costs). The Open Vision square allows you to have a 360-degree view from the inside, sitting or standing.

This new branch wants to set up a range that after the 9 m is already studying an 11 m project..


Refit
Olbia
Also to be read on BoatsNews.com 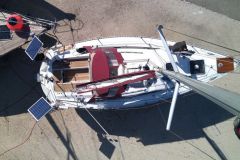 Complete renovation of a Sylphe, a rebirth for this emblematic Dufour yacht 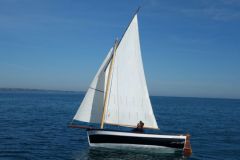 A 1974 Arcoa of 3.80 m for the pleasure of pulling edges between the rocks 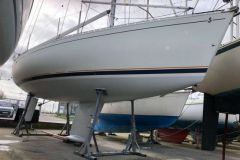 I bought a second boat just to get his motor back! 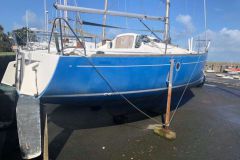 Refurbishment of a First 210, Augustin still in search of his ideal sailboat 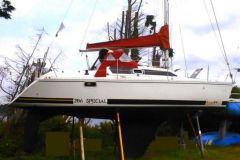 With my first paycheck, I bought my first cruising yacht in a pitiful state..
newsletter BoatsNews.com
Receive all the latest news every week
Team Vestas Wind back in the race
Reports Sailboats
All the reports Sailboats
Special Edition
Boatindustry.com