The manufacturer from La Rochelle, Neel, is launching a new range of trimarans, but this time powered, called Leen. Discover the two models of 56 and 72 feet of Leen Trimarans.

Leen Trimarans are motor multihulls designed for offshore - but also coastal - cruising and capable - in the case of Leen 72 - of making a transatlantic crossing. Thanks to their long hydrodynamic central hull, the Leens will only need a small engine, and therefore lower fuel consumption compared to a monohull of the same size. The manufacturer also announces a consumption of less than 2L/mile.

The first model to come out of the La Rochelle shipyards at the end of 2020 will be the Leen 56. This 17.10m motor trimaran, whose construction will begin in April for delivery in January 2021, has already been sold to an owner of Neel 51. A second 21.80 m model is also in the range. The design of these two models was entrusted to architects and designers Bernard Nivelt and Pierre Frutschi, who deciphered this unconventional design for us .

As far as the layout is concerned, Leen 56 draws its inspiration from Neel 51. On the main deck there is a large galley and dining area to port and a large owner's cabin to starboard with office and sea view. Forward, a few steps lead to a wheelhouse where the starboard steering position and a saloon to port are located to take advantage of the view forward. 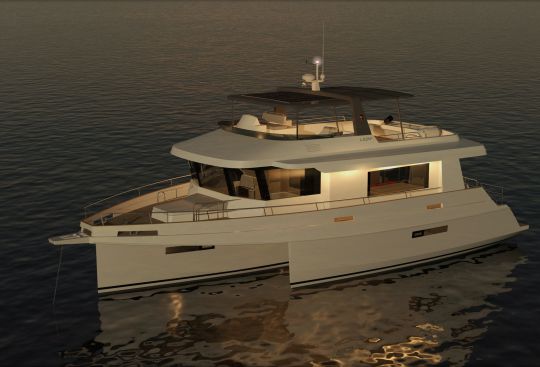 The central hull is occupied by a large double cabin at the bow with its bathroom and a cabin with bunk beds at the stern with its bathroom. The technical slipway is also installed in the centre of the boat and thanks to the nice hull height, you can stand comfortably in it.

The starboard hull is dedicated to guests and houses the bathroom with separate shower and toilet, accessible via a few steps. The rear of the float can accommodate a skipper's cabin. Opposite, the port float receives a second double cabin with a private bathroom. 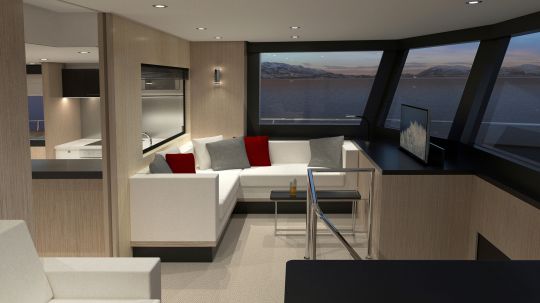 The front lounge area of the Leen 56

As standard, the Leen 56 is proposed with 3 double cabins with en-suite bathrooms. Cabins with single beds and independent shower rooms can be arranged in addition. In a 6-cabin configuration, the Leen 56 can accommodate up to 10 passengers. 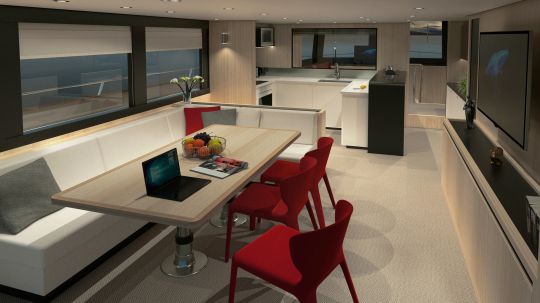 Living room and kitchen on Leen 56

The layout of the outside spaces (cockpit and flybridge) is left to the owner's free choice. Traffic is on a portuguese bridge a distinguishing mark of true ocean-going vessels. 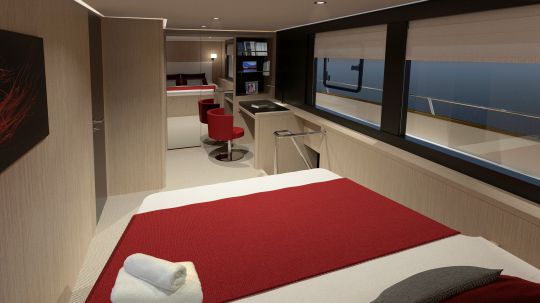 The owner's cabin of the Leen 56

The announced price for Leen 56 is 1 million euros.

In the largest model, the main deck is reserved for communal living areas. Thus on the port side is the very large U-shaped galley with a bar and dining area opposite. As on the Leen 56, the bow houses the wheelhouse with a very large saloon overlooking the sea and a steering position for two people on the starboard side. 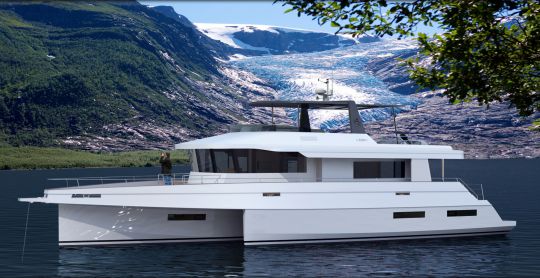 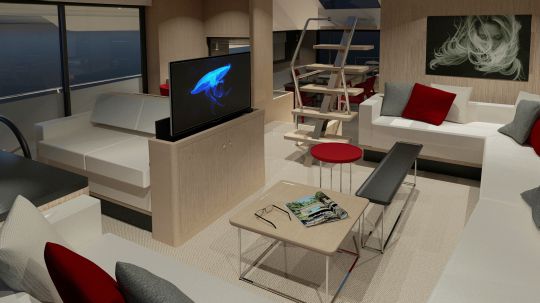 The wheelhouse of the Leen 72

Two other cabins can be arranged in the central hull to accommodate a total of up to 10 guests. The outside layout remains free and arranged according to the owner's tastes. 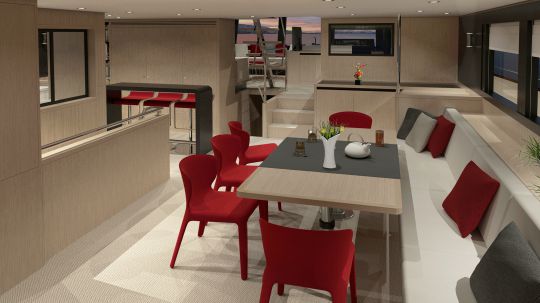 The main bridge of Leen 72 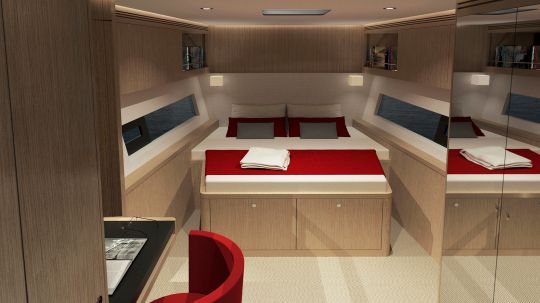 The owner's cabin of the Leen 72

The announced rate is 1.5 million euros.

In addition to the main diesel engine, two electric pods will be used to facilitate harbour manoeuvres, to navigate in silence (anchorage) or to serve as a back-up engine coupled to the generator set. 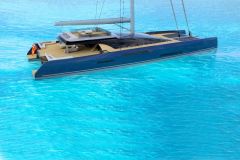 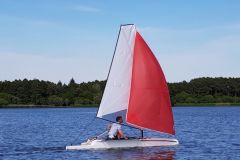 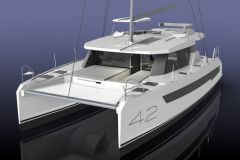 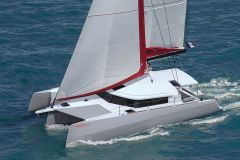 Neel 43, a "small" trimaran that has all the makings of a great trimaran
All the latest news Brands of multihulls
Also to be read on BoatsNews.com 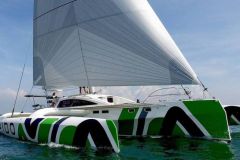 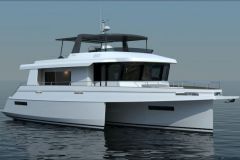 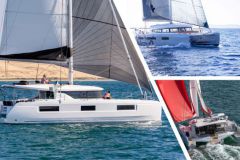 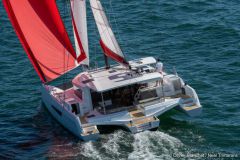 Neel 47: three hulls to create a life on board 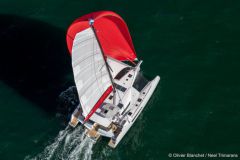 Neel 47: the concept of a large cruise trimaran 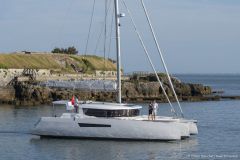 Trimaran Neel 47, the design choices decoded
newsletter BoatsNews.com
Receive all the latest news every week
Thomas Coville, on the way to becoming a legend
Reports Multihulls
All the reports Multihulls
Special Edition
Boatindustry.com