Interview / Yacht 241, a clever concept of a sailing boat combining catamaran and monohull

To share the passion of his brother, a nautical enthusiast and assiduous trainee at the Glénans sailing school, Pierre, a designer in technologies, has invented an innovative concept of sailing boat.

Inspired by a drawing not quite finished on Pinterest, he came up with the idea of creating the Yacht 241 (2for1). This 30 m sailing yacht has a really interesting feature, it integrates in its cockpit area a sport catamaran.

"I had thought I discerned a catamaran straddling some sort of monohull. I said to myself that it wasn't stupid to be able to assemble and dissociate these two types of boat. So I tried to find a design to articulate the whole thing." explains Pierre, a designer specializing in technology and innovation.

If the technical challenge of combining the two boats was too difficult, Pierre finally found a solution: to design a nice yacht capable of taking on board a catamaran. "I liked the idea of combining yachting and the fun of the sport with a nervous, lively boat."

Sharing his brother's passion and diversifying his portfolio

Although he has already sailed with his brother, a passionate yachtsman, he lacks technical references to create his project and is now learning about it on the Internet. Pierre is looking to share his brother's passion and diversify his portfolio, but he is nevertheless studying the feasibility of his concept.

"I'm a mechanical engineer, and I've got some basic mechanical knowledge. It allowed me to check the feasibility of the project even though there may be some inconsistencies. For example, I studied the way the platform will slide to unload the catamaran. You can't see it on the drawing, but there is a winch. I've also worked on how to moor the boat, with a piston which comes out of the plate and freezes in the mast so that it doesn't move" details Pierre.

To continue dreaming and having fun, Pierre then tackled the interior: 3 double cabins, 3 head compartments, a large saloon with galley... All in a very modern and uncluttered style. And here again, we find a particularity.

Indeed, in the forward cabin, the double bed is mounted on an isostable spherical part. "The bed will sway to the waves so it never gets tossed from left to right."

He has also tried to develop other ideas such as a completely open canopy on the main deck that can be completely covered with a canvas to protect against the sun. The latter will also serve as a hammock, installed on arches. The bow sundeck conceals a large sail locker and the cockpit table is completely hidden in the deck to provide a flush surface.

This project however realized (modeled in about 2 months ½) made us dream of writing. We appreciated the new ideas and the concept as a whole. And you, do you think quoi?? 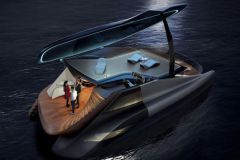 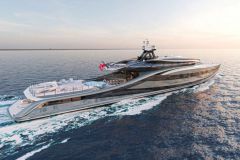 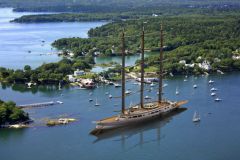 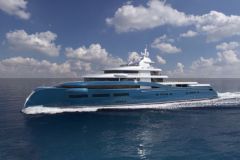 Frontier, a superyacht for sailing in the remotest parts of the world
All the latest news Concept Boat
Luxury yachts 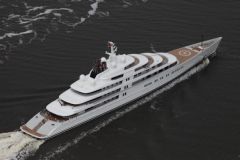 Top 5 of the world's largest megayachts 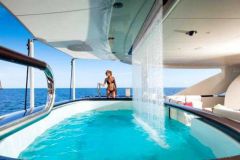 Water games on Super Yachts: the top 5 of the wildest waterfalls 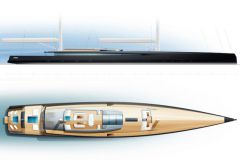 The SY300, a mega yacht concept designed for speed 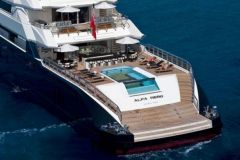 Top 10 of the most beautiful yacht pools
All the latest news Luxury yachts
Also to be read on BoatsNews.com 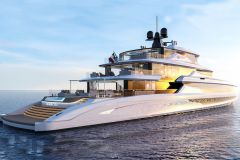 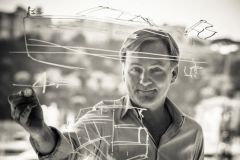 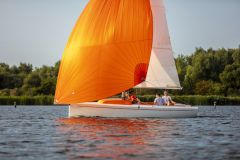 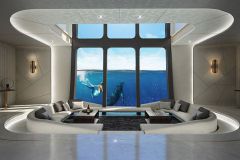 Rimor-X, the exploration superyacht with an underwater observation room 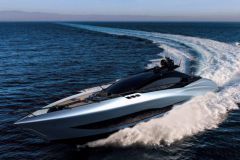 A88 Gransport, a carbon fibre yacht inspired by hypercars 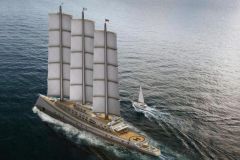