Moonbeam IV, without doubt the most beautiful traditional sailing ship ever built

Built in 1914 by the famous William Fife, Moonbeam IV is the last of a series of four classic sailing ships. Considered as one of the masterpieces of yachting history, she is one of the highlights of the Mediterranean regattas.

The fourth and last Moonbeam is also the largest in the series with a length of 115 feet (35 m). Designed and built in 1914 by the famous Scottish naval architect William Fife Junior for Charles Plumptre Johnson, the son of Queen Victoria's physician, an avid regatta sailor, it is the only gaff cutter in the Moonbeam series of the 20th century.

The star of the regattas

In 1927, Moonbeam IV adopted a long Marconi-type horn and continued to participate in numerous regattas until the beginning of the Second World War, when his career ended. Converted into a Bermudan cutter, she was then taken to the Mediterranean, where she sailed alongside her former "competitors", who had since been converted into cruising yachts.

In 1950, it was bought by Prince Rainier of Monaco and renamed Juventus Deo . The Prince and Grace Kelly will spend their honeymoon there. Once again, the boat undergoes a modification of its rigging to become a Bermudian ketch.

Sold by the princely family, it was bought in the 1960s by the Hannibal Scotti account. The latter gives her back her original name, but dedicates her to chartering. The time when Moonbeam IV was the star of the regattas is long gone. Sailing in the Mediterranean for many years, she finally disappears from circulation.

The yacht was found in Greece in 1995 and sent to Burma for a long refit process. All the woodwork on and below decks is handcrafted - exotic wood for the interior and spruce for the mast - and with her 1927 rigging, the gigantic Marconi is back in her place. The deck retains these original fittings, while the interior is laid out in a similar way to the original Fife design, with some concessions to modern comfort.

The bronze and other accessories have been faithfully copied from the original Fife designs. The wooden planking has been removed, the original teak has been replaced, and new bronze bolts have been installed. This restoration, completed in 2001, has finally allowed the magnificent Fife plan to return to its former glory.

The return to the classic circuit

In 2016, he will once again be a star on the Mediterranean circuit of the "Grands Traditions" with 7 first places including the Voiles de Saint-Tropez and Antibes, the Régates Royales de Cannes and the Panerai Classic Yacht Challenge. Today, this cruising-charter yacht offers 3 cabins that can accommodate up to 6 guests and 6 crew members. In May 2020, she is for sale at 2?800?000 euros by the broker Edmiston.


William Fife
Also to be read on BoatsNews.com 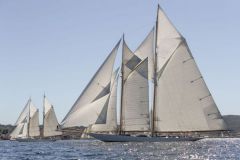 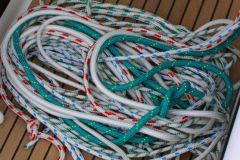 Why is there only one rope on a boat? 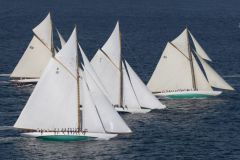 Beautiful yachting, everything you need to know about the different categories of yachts 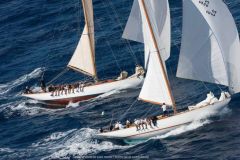 Nav' program: the traditional sail for the love of the old rig 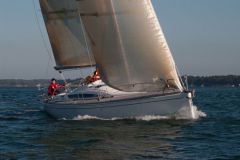 How to recognize a sailboat, the sloop
newsletter BoatsNews.com
Receive all the latest news every week
Natural fibre boats, dream or reality?
Reports Sailboats
All the reports Sailboats
Special Edition
Boatindustry.com