MotorBoatNews.com
Magazine about motorboat and PowerBoats

Silverfin, a "pocket explorer" that marks the revival of the Turbocraft brand

After the takeover of the emblematic 60's brand Turbocraft in 2011, John Clapot, CEO, presents the Silverfin, "a 40-foot pocket-sized explorer yacht" made in France.

A brand emblematic of the 1960s

The American brand Turbocraft appeared on the market at the end of the 1950s. Its credo?? Elegant boats propelled by water jet. The brand forged its legend over the years, and appeared in the 1965 film "Operation Thunder", in which James Bond - played by Sean Connery - piloted a Turbocraft on numerous occasions.

In 2020, the emblematic brand makes its big comeback with the Silverfin 40, a 12 m long, efficient "pocket explorer" with a semi-planing hull inspired by lobster boats.

The rebirth of the brand and the launch of Silverfin

"The Silverfin prototype marks the rebirth of the Turbocraft brand. I bought the brand a few years ago to reposition it on the market, which we are realising with the Silverfin." explains John Clapot.

An efficient boat with a large autonomy

The Silverfin has received innovation support from Switzerland (the country where the founder lives) for its consumer-efficient design. "The Silverfin has a semi-displacement hull and is powered by a single 200 or 220 HP inboard engine. It is faster than a displacement boat - its maximum speed is 22 knots - and slower than a planing hull boat, but above all has lower fuel consumption. Between 14 and 16 knots on average, the boat doesn't even consume 30 litres of fuel in 3 hours. That's 10 litres per hour. A planing hull boat of the same size usually consumes 10 to 20 times more fuel" details John Clapot.

"We could have opted for a twin-engine, but it's a bias to have a single engine from Volvo Penta. For reasons of ease of maintenance, purchase cost for the customer and above all consumption." explains John Clapot.

The manufacturer is already thinking about a hybrid version, but more importantly, an all-electric version, as he explains. "It makes complete sense for a boat like this. In electric propulsion, the main brakes are weight and range, so... With a six-ton boat with a range of 700 miles, it's a perfect fit."

The exterior design was created by Fabrice Clapot, superyacht designer, and follows the codes of "maxi yachts" with very minimalist forms, large glass surfaces offering plenty of light in the cabin.

"It's a boat that is presented as a pocket-sized explorer. For the two main arguments which are consumption and the 700 nautical mile range. But also because the Silverfin has the aesthetic codes and design of this type of boat." details John Clapot.

In the cockpit there are two large side benches that will also serve as a sunbathing area. For eating outside, a carbon table can be installed between the two seats. A sun awning covers the entire width of the cockpit. The cockpit, at the bow, is raised to offer a good 360° visibility and is equipped with an aluminium T-Top as standard.

"I call it semi-flybridge. There are three steps to access the steering console, installed at centre of gravity level. It is sheltered by a windshield that is not completely closed, but an optional addition makes it possible to navigate in rougher seas. In this way, the Silverfin can be sailed in Scandinavia as well as in the Mediterranean and the Caribbean" explains John Clapot.

The yard has opted for an external steering station, separate from the rest of the boat, as the Silverfin can also be marketed as a superyacht tender in a limousine version. "We will also develop a professional version of the Silverfin, which can be used as a water taxi by marinas or large resorts." supports the brand owner.

The interior of the prototype, which will be presented at the Cannes boat show in September 2020, offers a night space at the bow, a saloon and a galley facing each other. In the limousine version, there will be two side benches. For the upholstery, Turbocraft is collaborating with Sunbrella, a specialist in technical fabrics.

A construction made in France

The construction of the boat in epoxy infusion is carried out in France, on the side of La Rochelle. For the moment, the brand does not have its own shipyard, but is about to move to build a real showroom and the Turbocraft shipyard.

"At a time when many builders are choosing Polish shipyards, we have opted to manufacture in France to ensure a certain quality. The Silverfin is aimed at a niche market, both in the positioning of the middle/top-of-the-range brand and in the design, which is based on that of a yacht" exposes the owner.

The Silverfin will be sold at the standard price of 400?000 euros HT with many equipments already included such as the T-Top or the bow thruster, a "fairly aggressive positioning against competing brands" concludes John Clapot. 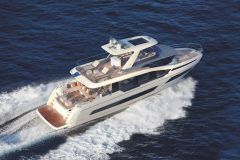 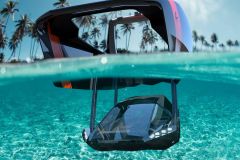 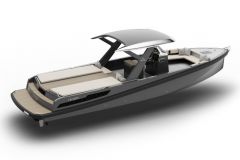 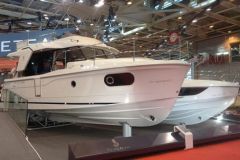 Hull shapes in detail
All the latest news PowerBoats
Also to be read on BoatsNews.com 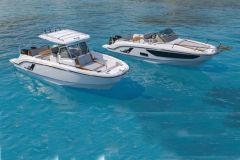 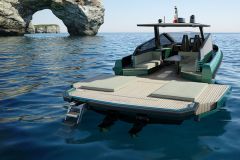 43wallytender, a versatile yacht for relaxing at sea 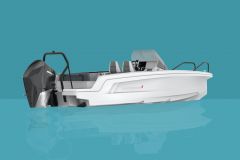 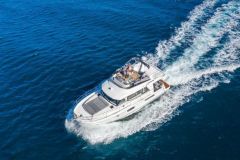 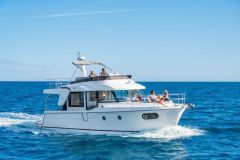 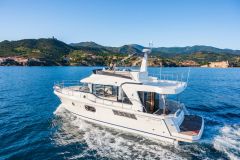