At sea, even the night can be beautiful confirms Élodie Bonafous in this podcast


Very young skipper in Figaro 3, Élodie Bonafous shares with us the pleasure taken during a night at sea during a delivery trip along the coast of Southern Brittany. 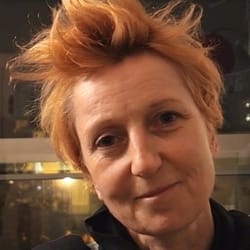 I'm Elodie Bonafous. I'm a skipper of racing boats. An important memory for me that has been strong is a recent one. At the beginning of March 2020, after the cancellation of the first race that was to be run in Les Sables-d'Olonne, the Solo Maître Coq, which was cancelled due to the sanitary context, I had to take my boat back to Port-La-Foret, my home port. I set off single-handed in my Figaro 3 for the return delivery trip accompanied by other skippers on their boats. We set off one Monday evening at the end of the day just before sunset. I spent the whole night at sea to make my way up along the Vendée coast.

The sun came out the next day when I arrived near Belle-Île-en-Mer and Quiberon. It was a beautiful day coming up with a big clear blue sky. With this feeling of warmth coming back after a fairly cool and windy night. The wind falling a little and the sun starting to heat up the atmosphere a little.

I continued on my way back to Port-La-Foret, taking advantage of this beautiful day to sail along the coast of Southern Brittany, making a detour to the Bay of Quiberon. Then I went along the island of Groix until I arrived in Port-La-Foret at the end of the afternoon.

It was a beautiful day where the weather conditions were really nice with a wind between 12 and 15 and a beautiful sun. It's been a long time since we've had such nice conditions after a rather difficult winter with a lot of wind and quite cool. For sailing, it was really optimal conditions. In addition, it was my first night at sea single-handed. I was looking forward to this moment. It went very well.

I loved that feeling of freedom and solitude at sea. And I took great pleasure in being autonomous, managing my boat, listening to music. Everything I loved to do, whether it was related..

to the boat's performance or life on board. Everything became unique and fun. It was fun to do. There were a lot of boats sailing on board and it was wonderful. A pleasure of solitude and freedom also shared with the other skippers in the same situation as me. It was a small temporal eclipse that lasted 24 hours before arriving in port.


Podcast
Also to be read on BoatsNews.com 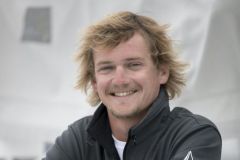 Arrival of the Jacques Vabre 2019, a great pleasure for Pierre-Louis Attwell 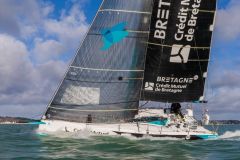 What does Elodie Bonafous see in the race? Feelings and fear... 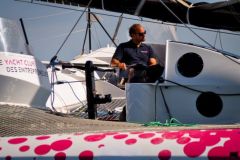 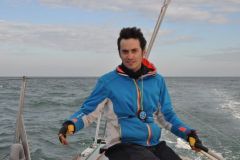 Mathieu Claveau describes his pleasure of sailing in Class40 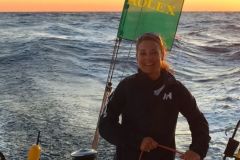 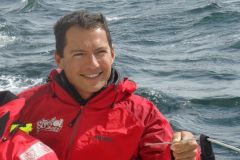