In March 2020, the ClassMini 5.80 was born, invented by the adventurer Don McIntyre. Today, nearly 80 sailors have shown interest in amateur construction of a 5.80 m sailing yacht, whose plans are accessible for only 300 .

Four months after the official launch of the ClassMini 5.80 More than 80 sailors from 23 countries are preparing to build a small 5.80-metre sailboat. This class of boat, designed by the adventurer Don McIntyre, instigator of the Golden Globe Race, won by Jean-Luc Van Den Heede in 2018, is intended to be affordable and open to amateur construction. Finally, the fact that the boat is easily transportable in a 20-foot container will make it easy to transport his boat across Europe.

At a time when ocean racing is above all a matter of technology and big money, many sailors find themselves in this yacht designed for simple and long-lasting challenges. The popularity of ocean racing is growing, and 15 countries have already found suppliers of CNC plywood kits.

The first event in this new class will be the Solo Globe 5.80 Transat, linking Portugal to the Caribbean on a course that is 3?600 miles long. The host ports are expected to be announced in the coming months and 13 skippers have already expressed interest in participating in this event, including several women.

A unique and simple concept

To facilitate the deployment of the class, the Mini 5.80 can be built in an amateurish way. For this, you will need to get the construction plans (300 euros), tools, plywood, fiberglass and epoxy. The organisation estimates that it will be possible to bring the boat to life in 500 to 600 hours of work for a total budget of 16 to 35?000 euros.

Several agents will be able to sell wood kits, including Plastimo, which will sell a complete pack for the 5.80. For the mast, packs will be distributed by Sparcraft and Selden, but it will also be possible to build your own.

10 sailmakers are currently studying to become the exclusive sailing supplier for the next five years. This will provide sailors with quality racing sails at an affordable price. This will limit costs and level the playing field. The decision will be announced at the end of July. 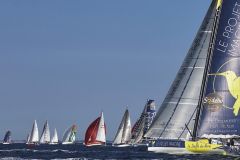 Drheam Cup, the return of the Ultimate in competition 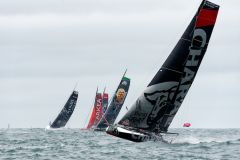 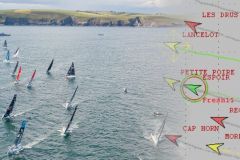 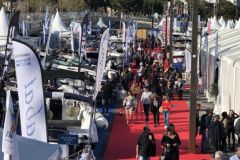 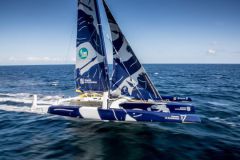 Quiz : Associate each skipper with his ocean racing boat