Osmosis, what is this phenomenon that affects polyester boats?

Although osmosis is a normal ageing phenomenon on the hulls of polyester boats, it is nevertheless feared by boaters. What is osmosis and how is this phénomène? formed?

Osmosis is the evil that eats away at boats made of laminated polyester that remain constantly in the water. This physico-chemical phenomenon manifests itself by the formation of blisters under the surface of the antifouling generally develops on sailing boats that are at least 10 years old.

How is osmose? formed?

Laminated resin boats are covered with a protective layer called gelcoat. Although it gives the hull this smooth side, it is not completely watertight. Over the years, it loses its watertightness and allows water to seep into the hull to come into contact with the polyester resin and form acetic acid. This phenomenon is called hydrolysis.

Water mixes with the soluble components of the laminate, creating a more concentrated liquid inside than outside the gelcoat. The pressure then causes blisters to appear on the hull, which, once pierced, allow a liquid to flow out, giving off a strong vinegar odour.

This irreversible phenomenon loosens the fibres and delaminates the layers of laminate, damaging the structure of the boat. The hydrolysis phenomenon causes the resin and fabric to degrade and the water is then transformed into a solvent combined with the polyester molecules. In the worst case, the fibreglass can rot and cause the hull to break or pierce, resulting in the sinking of the boat.

Although in the majority of cases blisters prove the presence of osmosis, some hulls have no trace of this phenomenon. The moisture content of the hull can then be measured with ultrasound.

This process will validate the presence of osmosis, but will not predict its stage of development. Indeed, the latter develops differently depending on the hull structures. In this case, it will be necessary to scrape the gelcoat to study the state of the laminate.

Certain conditions aggravate the development of osmosis. Namely, hot water, which, due to its greater fluidity, carries osmosis more easily into the gelcoat. Sailboats in tropical countries are therefore more sensitive to this phenomenon.

Freshwater also favours the development of osmosis, as the difference in the concentration of liquids is even greater and the phenomenon intensified.

Osmose
Read the report : How do you treat osmosis on your boat?

How do you treat osmosis on your boat? 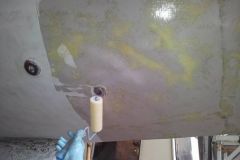 How do you treat osmosis on your boat? 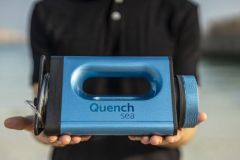 QuenchSea, a manual watermaker at less than 60? 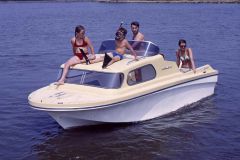 Investigation into the sinking of the Mille Sabords: Suggestion for a technical inspection of boats 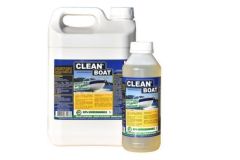 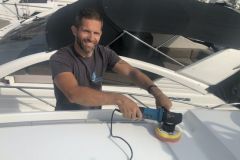 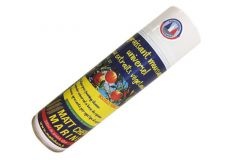